Hunters was chosen out of thousands of submissions as one of 25 finalists in the 2012 Comedy Central Pilot Competition. The winner will recieve a developmental deal with Comedy Central.
http://nytvf.com/2012_comedycentral.html

Lisa was cast in the role of Sammie, the shy and quirky stage manager in Stephen Bittrich’s new comedic web-series ‘Off-Off’, written about a struggling Off- Off Broadway Theatre group. Check out the series’ website: http://www.offoffwebseries.com/index.htm and this 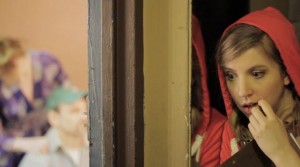 still from one of the episodes.

Lisa will be perorming in the one- act play ‘Beyond A Reasonable Doubt”, written and directed by Bara Swain at The Hudson Guild Theatre in New York City November 3-6 with Aching Dogs Theatre Company.

Lisa is thrilled to be recording the voice of the lead role of Addie in the new animated series Hunters, created by Nathan Floody. This marks Lisa’s first time recording for an animated series. Check out the series website with snippets at http://www.huntersseries.com. 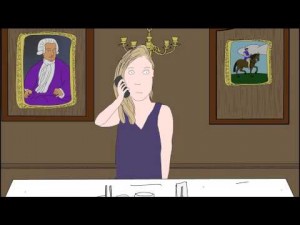 Lisa performed in an Industry reading of a new Television Pilot in New York City. Lisa played the role of a young and naive single mother from the South in this gritty drama. Most of the other details of this project in development are to be kept under wraps!

Faeries Fatale, the comedic short film starring Lisa and Meredith Edwards premiered at The Domani Vision Fest Film Festival in New York City. Lisa plays the role of a neurotic, hungover actress in this largely improvised film by director Ari Taub. Here is a picture of Lisa on the red carpet with Ari and Meredith. 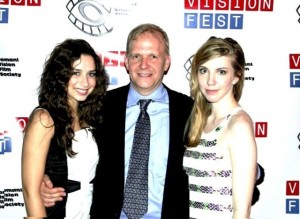 Lisa filmed a leading role in the developmental TV Pilot ‘The Bomb Squad’, with Whoopi Goldberg and Joy Behar. This hilarious, tongue-in-cheek comedy was written and produced by brothers Christian and Liam Mckiernan. (Writers and Producers for The View, VHI, and MTV). Check out this still from the shoot! 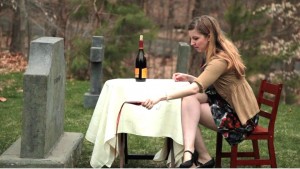 Lisa is thrilled to be cast in the Independent Feature ’79 Parts, directed by Ari Taub. This Comedy set in the 1970’s boasts several name actors such as Sandra Bernhard, Eric Roberts and Sala Baker among others.
http://www.imdb.com/title/tt1136822/?ref_=nv_sr_1 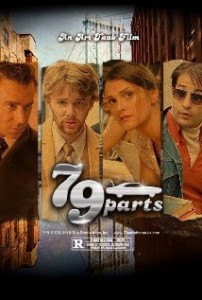 Lisa was cast in a CollegeHumor.com video, starring Comedian Bo Burnham. She played one of several “Hot Girls” being wooed by Bo’s hilarious quips about how to snag a girl by playing the Piano. http://www.imdb.com/title/tt1964871/?ref_=nm_flmg_act_6 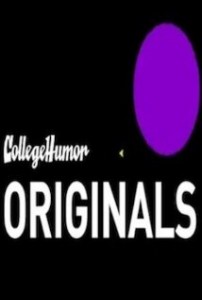 Lisa performed in an Industry reading of a new Sitcom Pilot at the historic Torn Page salon in New York City. She played the role of the spoiled boss’ daughter in this fast paced comedy by Tom Nikko (Producer of Ari Taub’s Last Letters to Monte Rosa and ’79 Parts).