Lisa is thrilled to be working with Roger Paul at Media Artists Group Agency in New York!
http://www.mediaartistsgroup.com/

Lisa is thrilled to be working with Manager Lorna Rainey from The Talent Express. For more info about Lorna and Talent Express please visit their website; http://www.thetalentexpress.com/

Lisa was thrilled to participate in a developmental reading of Mark Paul Schulz’ charming new play ‘Monsters Mine’ in NYC last week. For more information on playwright/actor Mark, visit his website MarkPaulSchulz.com

Lisa was thrilled to film a principal role in a promo for HBO’s new series ‘The Leftovers’. Look for this promo on HBO and check out the series premiere later this month. 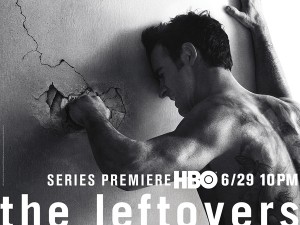 Lisa is thrilled to have been cast in the upcoming horror/thriller film ‘Digger, 3D’. Written by Stephen Lancellotti (‘The Harvest’ with Peter Fonda and Michael Shannon), directed by John A. Gallagher and produced by Mark Lipsky (producer of ‘The Nutty Professor’ films), this film is planning to shoot late Winter 2013.

‘Beyond A Reasonable Doubt’ was published by Smith & Kraus publishing in ‘The Best 10 Minute Plays of 2012’. Check out Lisa’s name in print! 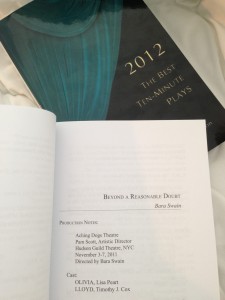 Lisa was cast in a reading of the new Independent film ‘Enchantments’, to be directed by Kelsey O’Brien and produced by John A. Gallagher

Lisa attended the Actors Equity 100 Year Gala at the Hilton Hotel in New York City on June 17th. Check out some other press & photos from the event here: http://www.broadwayworld.com/article/EXCLUSIVE-Photo-Coverage-Inside-Actors-Equity-Associations-100th-Anniversary-Gala-with-Hosts-Norm-Lewis-Harriet-Harris-More-20130618 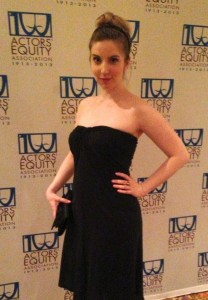 Lisa is thrilled to be cast in the new comedy ‘Act, Naturally’ to be directed by John A. Gallagher. Check out the website & fantastic cast here: http://www.actnaturallythemovie.com/index.html